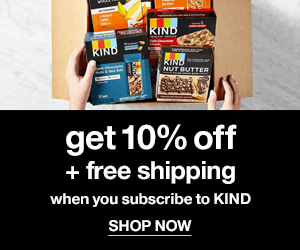 In typical Apple Fanboy style, there’s been a few news outlets and blogs reporting on Apple’s “new” digital key feature.  Their CarKey feature will be rolling out on the soon-to-be-released iOS 13.4 update later this spring. The funny thing is, these sources are acting like Apple is breaking new ground in the mobile device industry. What they leave out is the fact that a few car-makers already provide a similar feature exclusively for Androids phones.

The digital key feature is available on select newer models of Hyundai’s, BMW’s, and others.  All you need is their Android app that’s used for many other things than just unlocking and starting your car. You can also share digital keys with other people that will borrow your car. Also, there’s no need to have a physical key to drive those cars anymore.

The feature comes from a Car Connectivity Consortium partnership with various carmakers and tech companies. With Audi, General Motors, and Volkswagen also among the members, it looks like it’ll be a standard feature on most cars released starting in the calendar year of 2020.

To be fair to Apple, the coolest part of their new CarKey feature is that it’ll work on Apple Watch as well. The main thing Apple Fanboys (Fanpeople, to be P.C.) have to wait for is a list of cars that are compatible with Apple’s version of the technology. Don’t get me wrong, I’m not hating on Apple. It just brings me back to times like when Apple went from the iPhone 5s to the iPhone 6. They marketed the iPhone 6 like it was the first phone to have a large screen and killer camera. Yet, phones like the Samsung Note series and Motorola Droid series were already light-years ahead.

One thing that Tesla proved with their digital key technology is the fact that you shouldn’t be leaving your physical key at home just yet. Back on Labor Day 2019, many Tesla drivers were locked out of their car when their official Tesla app went down. To Tesla’s credit, they fixed it pretty quickly and people were back on their way. Hopefully, you weren’t running late to work, though.

Once you get in your car, there's still the issue of where do you place your phone. On the other hand, maybe you don't have one of the new models we're talking about above. If you still use your phone for navigation, music, and other things, you'll need a place to set it up. Check out our list of the best car phone mounts and the safest place to mount them.
Best Car Phone Mounts