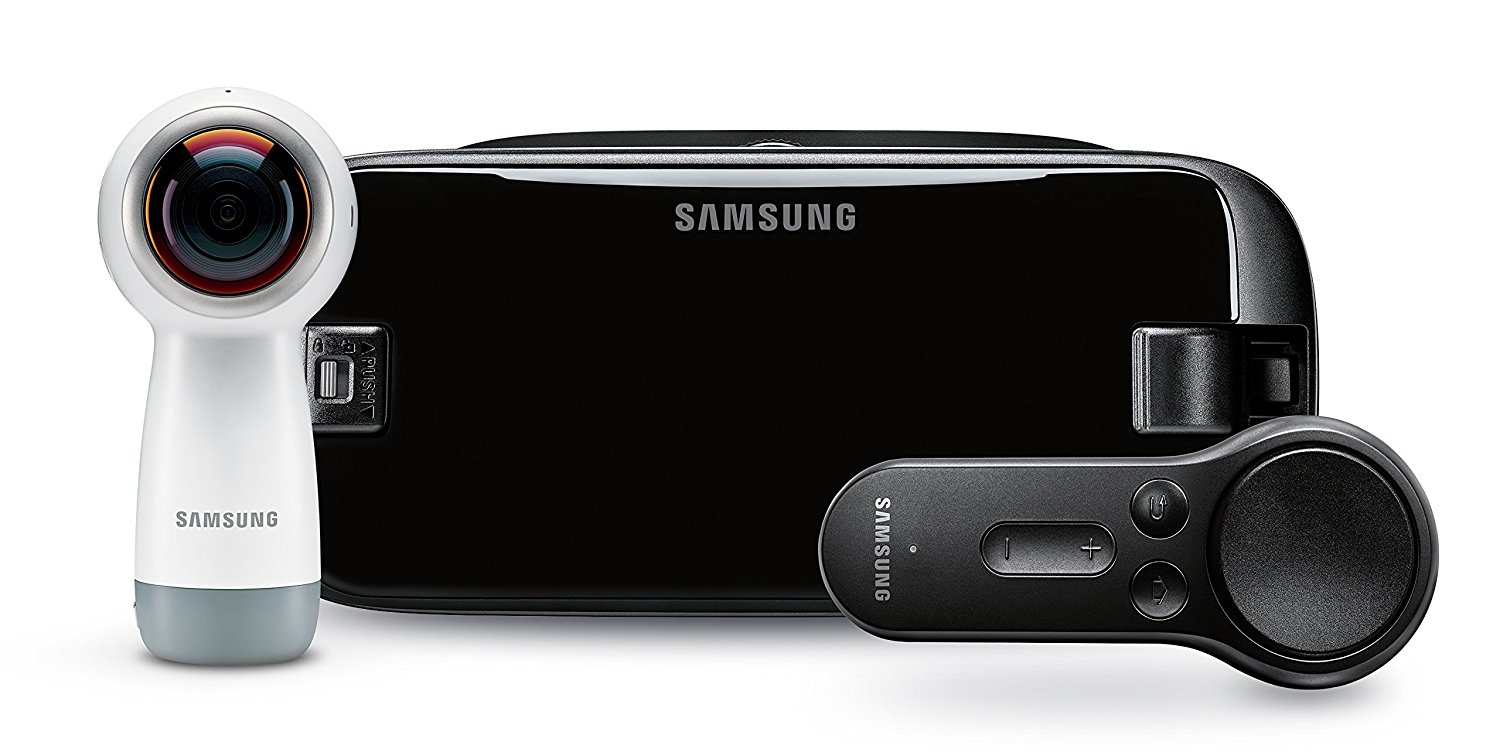 Take your own 360° videos that you can view on your Samsung VR headset. This bundle comes with everything you need to capture your latest sight-seeing adventure or show off your best run.

Items included in the bundle are:
See on Amazon.com

If you own any of the newer Samsung Galaxy S or Note series phones, you’re in luck. Just to make sure, here is a list of compatible Samsung smartphones:

Camera aside, the Samsung VR headset is a powerful gaming and multimedia device, especially for being powered by only your Samsung Galaxy phone. With the included wireless controller you can easily navigate through the Gear VR universe filled with various games and hundreds of other apps available in the   Oculus store.  More serious gamers can even substitute the included mini controller for a traditional Bluetooth gaming controller for even better gameplay.

The included Samsung Gear 360° 4k camera is equipped with a  1,160mAh battery and dual F2.2 aperture fisheye lenses. You’ll be capturing all the action @ 24fps with a max resolution of 4096 x 2048 and also catching 15MP 360° still images. It’s designed to be a handheld camera but it also has a standard threaded mounting connection on the bottom of the unit for attaching to tripods, selfie-sticks, and other action cam mounts. Koroao makes an accessory kit that includes everything needed to mount, protect, and travel with the Samsung Gear 360 camera.

As far as VR headsets powered by smartphones go, the Samsung Gear VR is the best. Even though there are some nice VR systems available for computers and console gaming systems, the prices are hard to justify if your not a hardcore gamer.  For travelers and adventurers, this bundle is perfect for capturing and reliving the best times of your life.