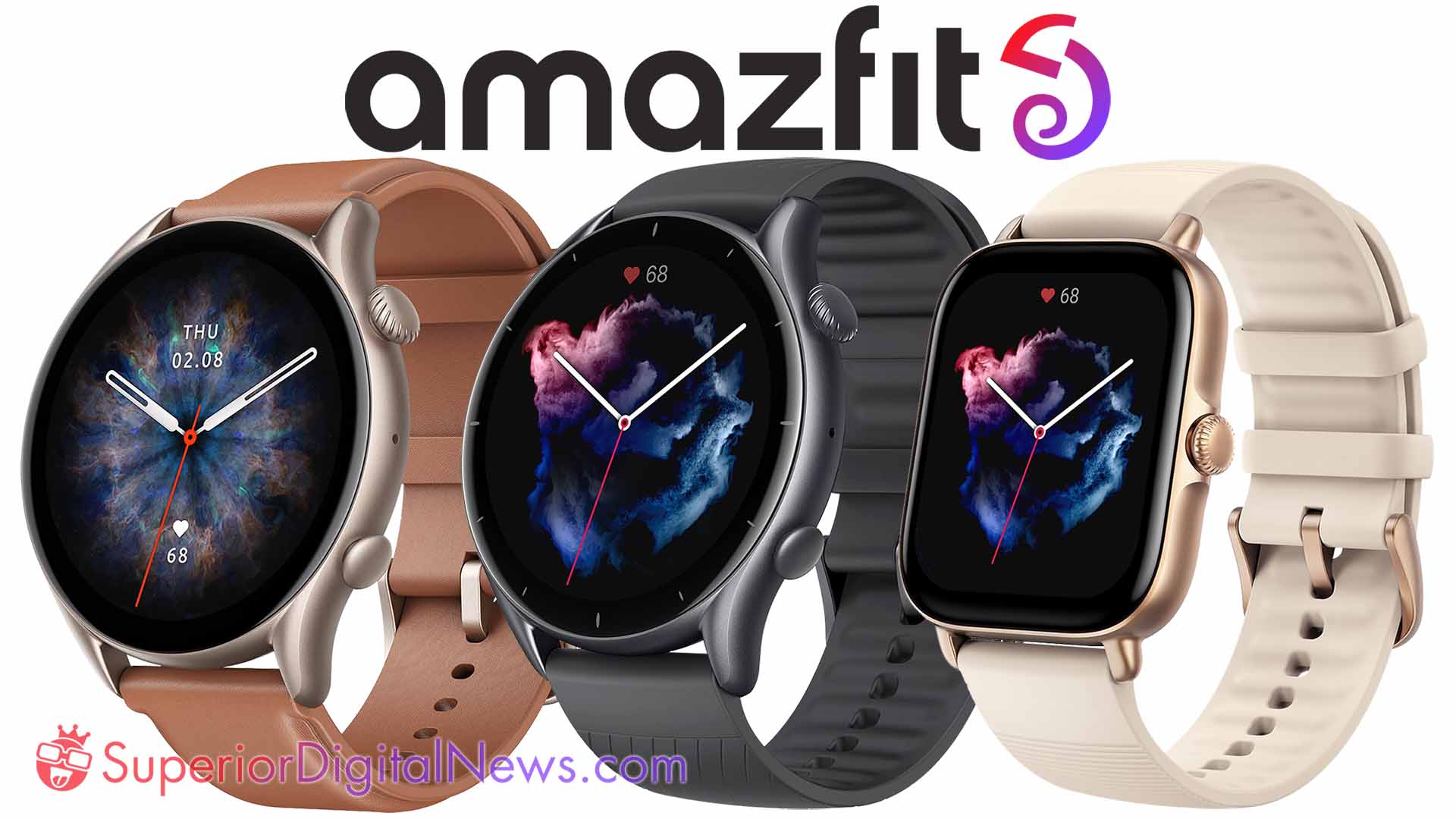 If a budget-friendly price, great battery life, and multi-sport tracking are what you’re looking for in a wearable, the Amazfit GTR 3 and GTS 3 are great options.

Like all of the GTS and GTR models before these, Amazfit gives us a choice between a round or square watch style without sacrificing essential features. However, before we get into what makes either one a great choice, here are a few significant differences that might help you choose between the three:

Here’s a full breakdown of their specs:

Not only do the Amazfit GTR 3, GTR 3 Pro, and GTS 3 track most popular sports, but they also track tons of activities. In fact, they come out of the box with more than 150 sport and activity modes from these popular categories:

The Zepp app (iOS and Android) is one of the most fitness-friendly apps we’ve tested and the reason why all three Amazfit wearables are such powerful multi-sport trackers. Unlike many other wearable brands, the Zepp app contains everything you need to connect your device, adjust settings, view advanced tracking metrics, and much more.

On top of that, it’s fully compatible with Apple Health, Samsung Health, Wear OS, and more, so you can sync them and see all of your health and wellness data on one dashboard. That makes the Amazfit GTR 3, GTR 3 Pro, and GTS 3 perfect workout-tracking alternatives for Apple Watch, Galaxy Watch and other traditional smartwatches users.

Ever since the first Amazfit Bip release, incredible battery life has been a staple feature on ALL of Amazfit’s wearables. None of the three watches have the unbelievable 30+ day battery life like the original Bip, but at least 12 days of regular usage is still better than any other wearable in their class.

Even though they don’t have on-wrist maps, they can go for 35 hours in GPS mode (20 hours on the GTS 3). Plus, they all track advanced running and heart rate metrics with impressive accuracy.

If you’re new to ZEPP and Amazfit wearables, PAI (Personal Activity Intelligence) is easy to understand yet challenging to master. To put it simply, it’s a grade based on ONLY your last 7 days of workouts and activities, so it rewards workout consistency more than anything else.

Also available for Apple, Fitbit, and Polar users, ZEPP (Amazfit) makes it the easiest to track. Not only is it fully integrated into the Zepp app, but it’s also one of the main metrics you can view right on your watch. More info at PAIhealth.com

From the Ultra HD AMOLED display to the aircraft-grade aluminum alloy body, the GTS 3 and GTR 3 have a premium look and durability. One of my favorite features is the rotating crown button.

Just like the Apple Watch, it allows you to navigate through the watch smoothly. Besides the fact that you’re not smudging up the screen all the time, it comes in handy when you have sweaty or wet hands.

My other favorite feature is the luxury of having endless options for swapping out the industry-standard, 22mm watchband (20mm on GTS 3). This allows you to match any style or activity. Use a premium leather strap at the office, and then throw on a velcro sport loop for your workouts.

Even though the Amazfit GTR 3 Pro, GTR 3, and GTS 3 are missing some typical smartwatch features like LTE connectivity and downloadable 3rd-party apps, they’re still great smartwatches. At the same time, without those features, you can view them more as super-premium fitness trackers. Similar to the Fitbit Sense and Garmin Venu 2.

Either way, with up to 21-days of battery life on the GTR 3 and 12 days on the GTS 3, no other smartwatch or premium fitness tracker can touch its longevity. Also, the built-in GPS, advanced running metrics, and multiple sport tracking modes give Garmin, Polar, and Fitbit a run for their money.

Starting under $180, you won’t find a series of wearables with a better list of premium specs for the price. 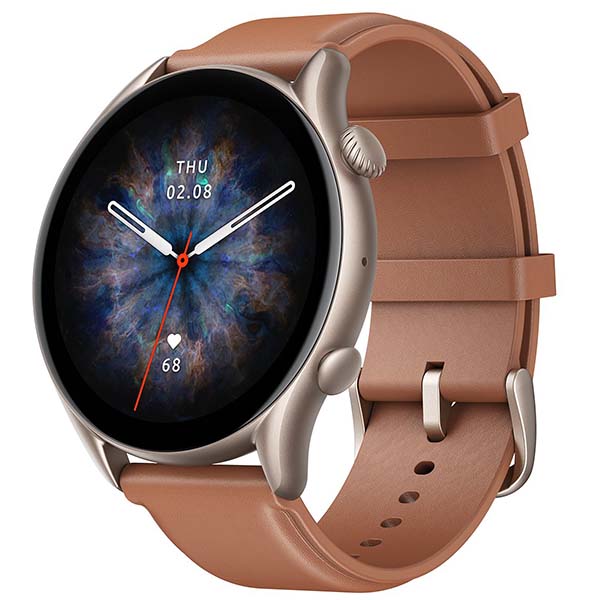 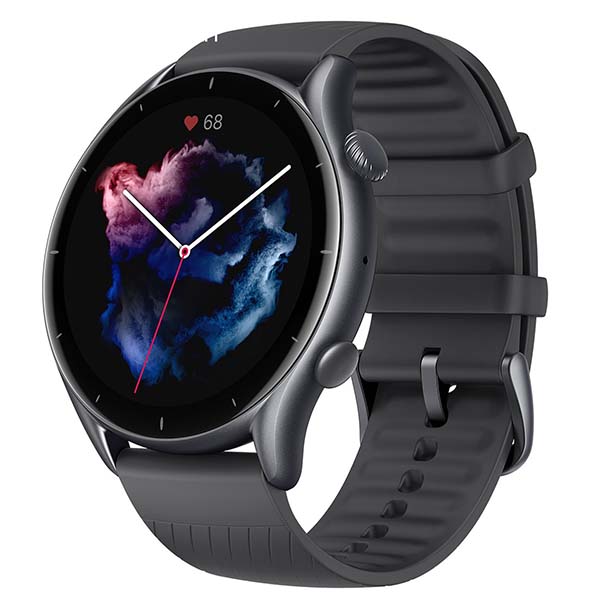 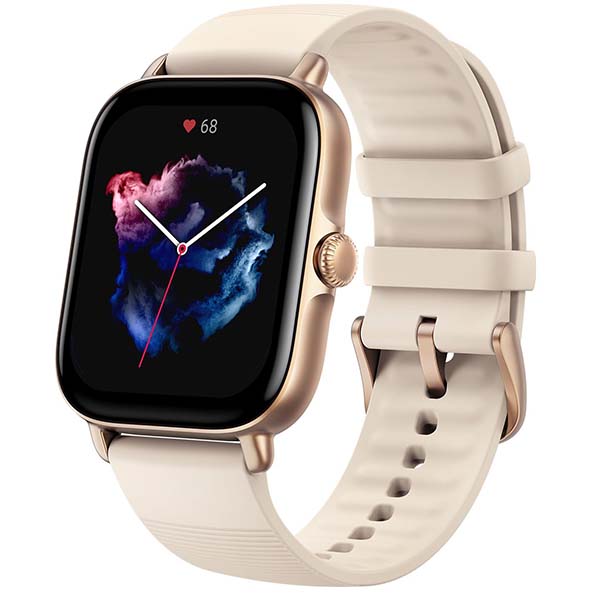